My friend Tim told me that you can get really decent coffee roasts with a popcorn popper, so naturally I had to check this out. Here’s a good write-up from Sweet Maria’s on how to do it.

Tim says that the key is to get one where the heating mechanism is on the bottom, so, the popcorn gets fed into the bottom. Also, look for vents or holes on the side of the chamber. 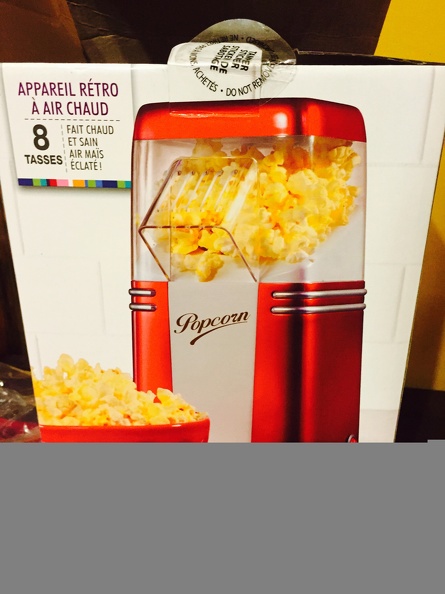 Check the vents on the side…. 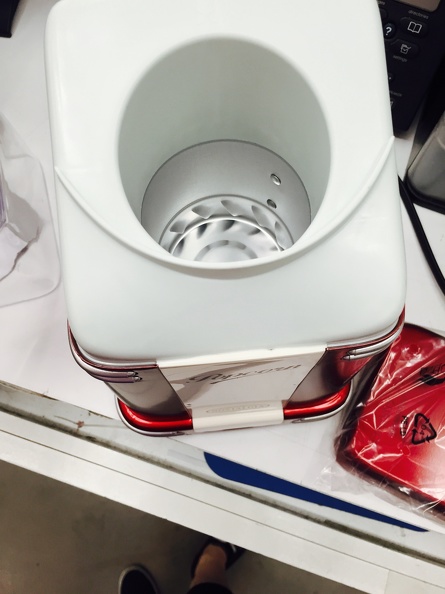 I went down to my local roaster, Qualia, and scored a couple of bean samples. 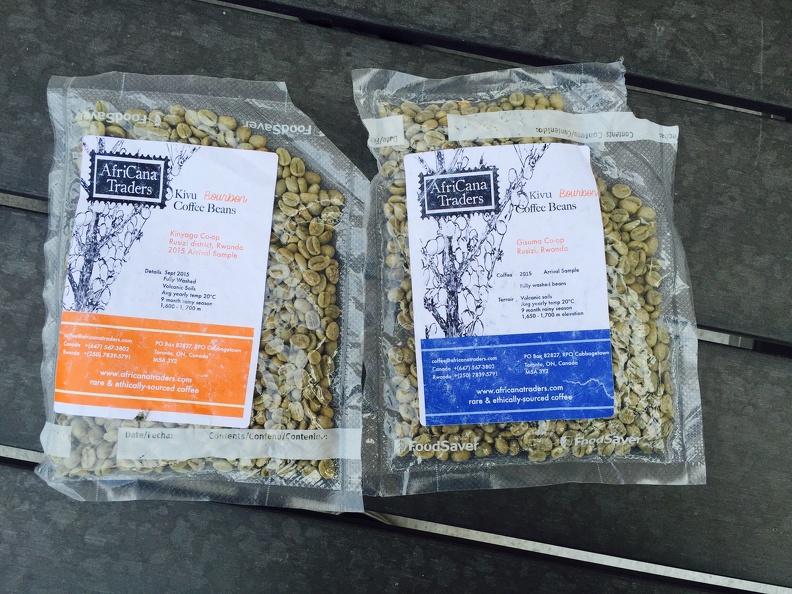 Today I roasted the “bourbon” one. 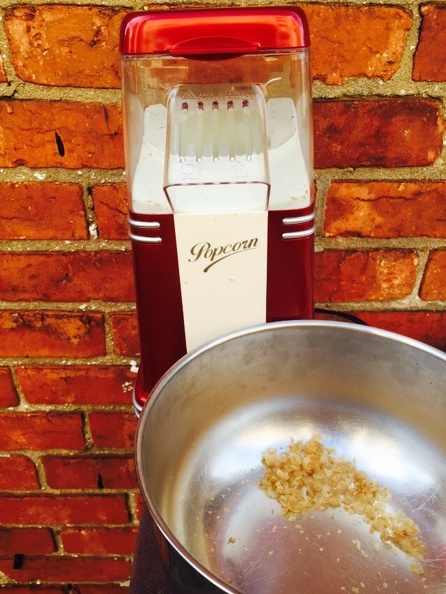 I set up on my back porch since I thought it would be a little smoky. The smoke didn’t seem horrible, particularly when I tried for a lighter roast. (The stuff in the bowl is the chaff that’s released as the beans are roasting. It doesn’t all come off in the machine – I used one of the plastic paddles you use to get rice out of the rice cooker to scrape them around a bit in the colander that I set up over the bowl. 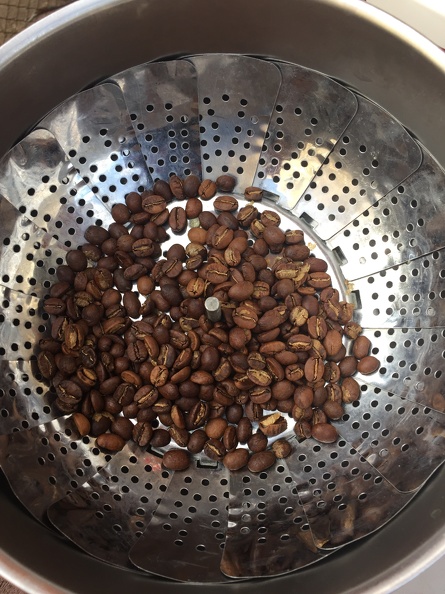 The hard part for me was figuring out the “first crack” versus the “second crack” since the two rather blended together – I figured that as the speed picked up, that was the second crack because more were going simultaneously? I also took off the lid a few times (I took off the whole spout and lid, not just the lid – lid gets pretty hot but grabbing it at the plastic spout wasn’t bad at all, certainly no need for oven mitts as the tutorial describes). I used the handle of the rice paddle to agitate the beans periodically.

I made just over a half cup at a time in the air popper. I left it in progressively longer each time, but I do wonder whether the popper will stay hotter since it’s presumably already warm after the first roast? I will also note that I used an extension cord. I think it might be better to continue doing this outdoors since the chaff definitely blew all over the place, but the suggestions about doing it in the sink seem reasonable and maybe it wouldn’t be so bad without the breeze? 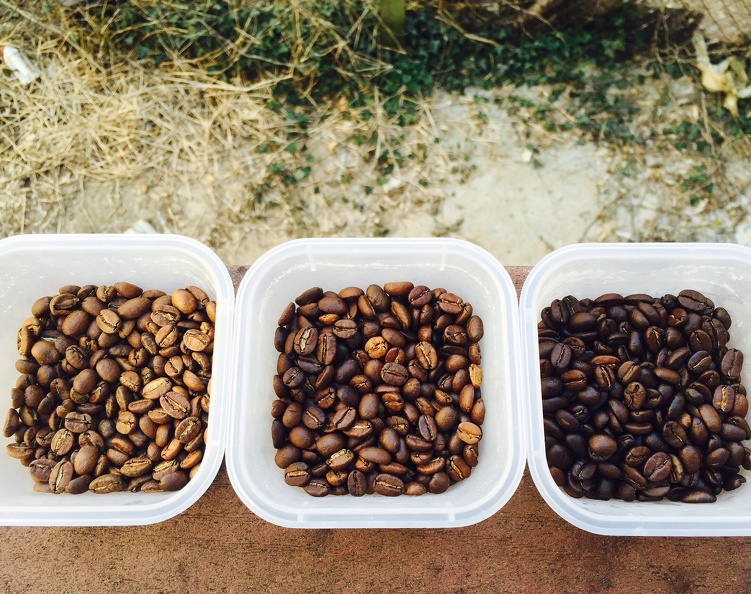 These are arranged in order of roasting time – there are a few underdone beans in the light roast (far left, my first attempt) but I think in aggregate they’ll be fine.

I’m so excited to try these out tomorrow!