Action-packed day today: the Visions of Italy crew rolled into the Uffizi Gallery at 8:30 to try to miss peak lines. Keegan and I decided to try to get into the library at the Galileo Museum (which is awesome, see previous post here).

In a stroke of luck, we rode in the elevator with an American researcher who introduced us to the head librarian, Dr. Alessandra Lenzi, who spoke very good English and who was generous enough to show us around the library.

Earlier this week, we visited the Medici Archive Project [writeup of our visit here]. The Galileo Museum Library clarified that the Medici Archive only contains the Medici records relating to affairs of state. Records related to the Medici and Lorraine family collections in art and science are housed at the various museums in Florence. It seems like these museums don’t have a formal relationship with one another – I think, in part because of the Firenze Pass suggesting I expected something akin to “The Smithsonian” museums, which I suppose is our country’s closest thing to a major individual collection spanning several subject-area museums. Here’s a brief overview of the history of the collections at the Galileo Museum. Like the Uffizi Gallery, the museum gives a good overview of how collections arrived in their holdings.

The highlight of our tour was visiting the rare books room: we got to see an instruction manual written by Galileo, one of his first books, and certainly the first printing, devoted to Cosimo de Medici and intended for use in the field by military officers. We also got to see a Medici printing of Galileo’s complete works, less the ones banned by the Catholic Church at the time of publication. Keegan didn’t bring out his camera until the end, and immediately left for Japan, so his photos of the reading room will be added later….

We also reviewed the online catalog with Dr. Lenzi. I was just so impressed – their search engine is pretty close to what I imagined a federated search would be, and searches all the images of their collection! I guess they have an extensive, older image collection of past museum inventories, and there are catalog entries for individual museum objects, so, you can do a full-text search that includes the descriptions of Galileo’s instruments. There’s also a robust subject search – this really seemed like an example of the “linked open data” we talked about in my Indexing, Abstracting, and Thesaurus Construction class.

Dr. Lenzi told us that one of the staff’s major initiatives is to flesh out Wikipedia pages to increase awareness of the library’s collection – they upload document lists as citations in certain entries, and include information about the library’s primary sources in biography pages of prominent Florentines represented in the historic books and documents. [note to self – email her to get links to the library’s “sandbox” page on wikipedia]

Also learned that there is a regional governmental organization that has to approve digitization projects – can’t recall the name, but a quick glance at the Firenze Card website really shows how many players there are in this space in Italy:

Enough about libraries: my “7 Churches Walk” with Heather and Keegan proved prescient, since the Pope said Mass at St. John Lateran and led a procession to Santa Maria Maggiore to commemorate the feast of Corpus Christi. Dr. Chancellor and I went – we stood quite close to the center aisle, close to the 22nd row of nuns seated. I was glad to have attended a few of the morning services at the Convitto, since I was able to follow along pretty well and knew some of the responses. This experience has given me a deeper appreciation of the vision of the new translation of the Roman missal, it really is closer to what the rest of the world says. There were priests and nuns from all over the world at the Mass, I felt like I saw all of humanity there.

Also, riding the #3 streetcar in Rome is infinitely more pleasant than the subway. I’m not really that opposed to the bus outside of rush hour periods, but I think we must have been on a particularly busy line because the 71 always seemed pretty crowded. 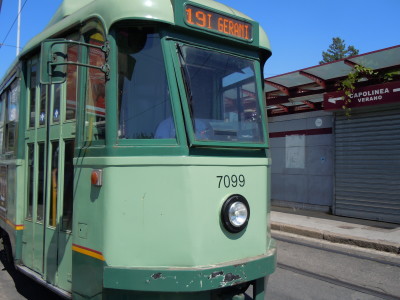 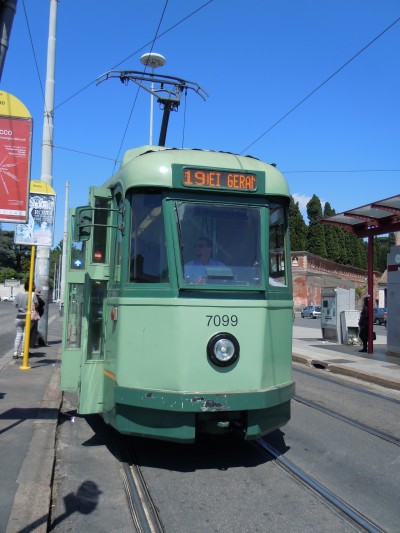 Still can’t believe I got to see a book Galileo touched, and the Pope, in one day, this trip rules!